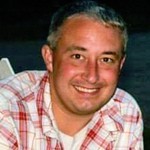 Shaun Allen Delage, age 34, of Crookston, MN, passed away unexpectedly on Thursday, October 17, 2019, at his home.

Shaun was born on September 25, 1985, in Crookston, MN, the son of George and Kristi (Glas) Delage.  He was raised in Gentilly, MN, and was baptized, confirmed, and was an altar boy at St. Peter’s Catholic Church.   He graduated from Crookston High School in 2004 and then went to St. Cloud State University and earned a bachelor’s degree in Accounting.  Afterwards, he returned to Crookston and worked at various jobs including Drees Risky and Vallanger Accounting, American Crystal Sugar, driving trucks for several different farmers, and , most recently, maintenance worker at Villa St. Vincent where his presence lit up the hallways.

Shaun had a very creative and energetic mind that lead him to spend countless hours making home improvements, working in his yard, and taking care of his garden where he grew an array of fruits and vegetables.  He then brought the abundance indoors where he enjoyed canning and making his own wine.  He would then often share either canned goods or various baked treats with his work family at the Villa St. Vincent.  What he enjoyed most though was being with his family, playing games, hunting, and 4 wheeling.  He was always up for an adventure and the kid in him was always present.

Shaun is survived by his mother, Kristi Delage, and sister, Kayla (Daniel) Luoma, all of Crookston, MN. As well as many aunts, uncles, and cousins.  He was preceded in death by his father, George “Big Dog” Delage, in 2016; grandparents, Clarence and Doritta “Mickey” Delage, and Martin and Karen Glas; uncles, Mike, David, Kevin, and Elmer Delage; and cousin, Rory Delage.