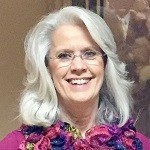 62, of rural Red Lake Falls, MN, passed away peacefully at her home late Tuesday afternoon, November 12, 2019, while comforted by her loving family who were singing to her. Jackie, as she was affectionately known, fought a five-year cancer battle with the strength that came from her deep and abiding faith, and the knowledge that she would soon be at peace.

Jackie was born at Red Lake Falls on December 28, 1956, one of seven children of the union of A. Donald and Merle (Braaten) Gagner. She grew up on the family farm at Terrebonne, MN, was educated in nearby Mentor where she played in the school band and graduated from Mentor High School with the Class of 1975. During her senior year, she met a new student to their school by the name of Edsel A. Johnson Jr. Love grew and blossomed and the two high school sweethearts were united in marriage a year later on May 1, 1976, at Terrebonne. Jackie and Ed made their first home near Terrebonne and would later live in other area communities. They were blessed by the births of their two beautiful children, Matthew and Sarah. Jackie was blessed to homeschool them and many years later grateful for the opportunity to homeschool her granddaughter, EmmyLou, for almost two years. Ed and Jackie settled in rural Red Lake Falls thirty years ago, where they decided they would live out their lives. For most of those years Jackie worked for Northwest Manufacturing in Red Lake Falls, owned by her brothers: Ronnie, Chuck, and Bruce. She enjoyed her employment with them and was sad to have to retire as her health began to decline.

Jackie and Ed and their family were devoted members of the Bible Baptist Church of Crookston, where she heard the Gospel and accepted the Lord Jesus Christ as her Saviour, and was born again, shared her gift of song, taught Sunday school, and served in other areas. She was known for the care she took in her garden and the produce she and her family canned, and her award-winning quilts, many of which she shared with her family and others in the community. Jackie’s family and friends were blessed to have her in their lives. Her kindness, generosity, and faith will remain in the hearts of all she held dear.

The funeral service for Jacqueline Johnson will be held at 11:00 am, Tuesday, November 19, 2019, at the Bible Baptist Church, Crookston, MN with Pastor Preston Hoiseth, officiating. Visitation will be for one hour prior to the funeral. Burial will take place later in the day at St. John’s Cemetery, rural Fertile, MN.