Phyllis Kittleson, age 77, of Fertile, MN, passed away on Saturday, January 25th, at Pioneer Memorial Care Center in Erskine. Memorial services will be 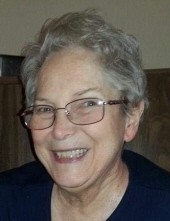 held at 2:00 p.m. on Saturday, February 1st, at Maple Bay Free Lutheran Church in Maple Bay, MN with the Rev. David Jore officiating. Interment will be in Maple Bay Free Lutheran Cemetery at a later date. Family will greet friends for one hour prior to the service on Saturday at the church. Arrangements are with Carlin Family Funeral Service of Erskine and messages of condolence may be sent at www.carlinfuneral.com.

Phyllis Ann Abbott was born on January 9, 1943 in Coeur d’Alene, Idaho to parents Earl and Alice (Anderson) Abbott. She moved with her family as a child to Dugdale, west of Mentor, and graduated from Mentor High School in 1961.

Phyllis was united in marriage to Dean Kittleson on October 7, 1961 at Faith Lutheran Church in Mentor. After their marriage, they moved to the family dairy farm east of Maple Bay. A loving mother and homemaker, Phyllis was a great cook and baker. In her forties, she returned to school, graduating from the University of Minnesota Crookston with an Associate Degree in Child Care. In 1990, she and Dean opened a child care business in Crookston named Future Edition. They operated the business until 2004. Phyllis taught Head Start in Crookston for many years. Even through her health struggles, Phyllis always kept a positive attitude and remained strong in the Lord. She has lived at Pioneer Memorial Care Center in Erskine since October of 2019.

She was an active member of Maple Bay Free Lutheran Church.

She was preceded in death by her parents; and brother, Eugene.

To send flowers to the family of Phyllis Kittleson, please visit Tribute Store.