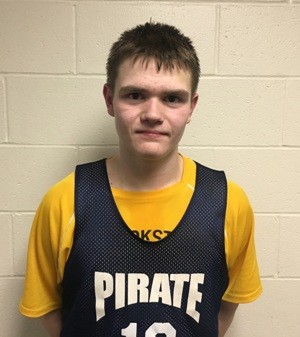 Not only has Caden had an outstanding basketball career, but he is having a tremendous senior season.  Through 20 games, Caden is averaging 18 points, 13 rebounds, three blocks, two assists and two steals per game.  He is shooting a team-high 65% on two-pointers (138 of 213), and he leads the team in player rating with 599.  Nobody else on the team has a rating of 212.
“Caden has been a gym rat and likes to play, and he has scored a lot the last couple of years,” said Crookston Boys Basketball Coach Greg Garmen. “He is a humble young man and has been a great leader for us.”

Part of your game that needs work – My passing

Biggest thrill in your athletic career so far– Scoring the 1,000th point was pretty cool

Favorite TV program – I watch a lot of college basketball

You’re stranded on a deserted island and you can have ANY three people with you – Lucas Winger, Tatum Lubinski, and Brady Butt