Ethan Channel (6’4 Soph) from Beaverton, Oregon (Aloha High School) and a transfer from Portland Community College announced his verbal commitment to play basketball at the University of Minnesota Crookston next season. 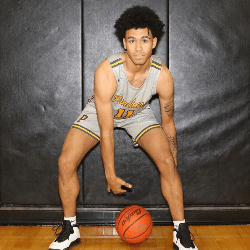 Channel was named to the 2020 Southern Region All-League second team after he averaged 19 points while making just over 50 percent of his shots (143 of 284) and 37 percent of his three-pointers (32 of 86). He was solid from the free-throw line while making 78 percent. He averaged six rebounds, one block, one steal and one assist per game.

Channel will be a versatile guard for the Golden Eagles. He can handle the ball, he can shoot, attacks the basket and will be a nice addition to the team. The NCAA has announced athletes can officially sign on Wednesday, April 15.