Jaylen James (6’1 Senior) from Apple Valley (Eastview High School) has verbally committed to play basketball at the University of Minnesota Crookston next year. 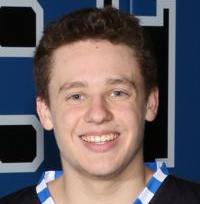 James was a 1,000 point scorer at Eastview and was a point guard on a team that went 24-4 on the year in the South Suburban Conference. Eastview was ranked #2 in the state in Class AAAA and was supposed to play Lakeville North in the Section 3AAAA championship game before the COVID-19 pandemic forced the cancelation of the season. James has a great sense of when he needs to score, and when he needs to step into the role of facilitator. He does a good job of taking what the defense gives him rather than force a shot. He can shoot the three from deep and has outstanding ball-handling skills.