The Crookston Ways & Means Committee (City Council and department heads) met Monday night and passed a motion to put in ice at the Crookston Sports Center in September.  The committee also discussed the Crookston Visitors Bureau and extending Angel Weasner’s temporary pay increase through the end of the year.

SEPTEMBER ICE
The Crookston Blue Line Club had requested the City of Crookston put ice in the Crookston Sports Center in September.  The Crookston Ways and Means Committee agreed to have the ice ready for use beginning Monday, September 14.
Also included in the motion was an agreement that the Crookston Blue Line Club would pay $2,250 a week of the estimated $5,000 a week it costs to maintain the ice for the first three weeks explains Interim City Administrator and Finance Director Angel Weasner. “We have gotten the council to agree to allow ice to be put in for the month of September beginning the 14th,” said Weasner. “We will have ice available for the Blue Line Club for the month of September. That ice will stay in, but as of October 1, it will be run by the city at that time.”

CROOKSTON VISITOR’S BUREAU
The committee also responded to a request from the Crookston Visitor’s Bureau (CVB) to be allowed to operate under the Crookston Housing and Economic Development Authority (CHEDA) until they gain 501C6 status.  Mayor Dale Stainbrook said he’d had many conversations with CHEDA Executive Director Craig Hoiseth that the CVB wasn’t within CHEDA’s wheelhouse. However, Hoiseth said the CHEDA Board of Directors would take it under advisement if the committee acted to direct the CVB toward them, noting the committee had to act before CHEDA could even consider the request.

Following a motion from Councilman Bobby Baird to draft a resolution and agreement for CHEDA to oversee the CVB, Stainbrook asked whether moving the CVB would put them further behind the 8-ball.  Councilman Jake Fee asked if Stainbrook was saying the CVB should remain under City Hall and that the city should create the temporary board for them to operate. And City Attorney Corky Reynolds said that city could also create the interim board to allow for CVB operations rather than have CHEDA do it.

Laurie Stahlecker, the operator of the Crookston Inn, said she’d proposed that option to the City Council earlier in the year, and they didn’t want to go that route. Several councilmen and Mayor Stainbrook said they didn’t remember that.  However, the discussion and motion passed at the June 8 Ways & Means Committee (here) included that the CVB could start to issue grants if the City Council approved guidelines following the establishment of a temporary board.

Stainbrook then asked Baird to amend his motion, but Baird declined, saying he’d as soon see CHEDA form the committee and go that way. “CVB brings events in town, and we need to get moving to help all the businesses,” said Baird. “The board is delayed. It’s costing this town a lot of money, I feel. We need to get going on advertising, and with CHEDA Board approval, they can get moving and start. If you delay this, as the attorney said, it might be another year.”

The vote was split 5-4 with Councilmen Baird, Fee, Steve Erickson, Joe Kresl, and Tom Vedbraaten voting yes. Stainbrook, Clayton Briggs, Don Cavalier, and Dylane Klatt voted no.  Don Cavalier said he thought the city could’ve done the same thing the committee is requesting of CHEDA, and it should stay there. “I think we could’ve done the same thing with the city,” said Cavalier. “I think we could’ve set up the board and managed it a lot quicker than moving with CHEDA.  They set up their board then all of a sudden they get their 501C, and we have to do it all over again. It will all work out. I think CHEDA can do the job, just that the city should’ve kept it where it was, and I think we could move forward.”

Hoiseth told the committee he’d want to the language proposed in the agreement to have CHEDA oversee the CVB as well as the resolution to present to his board before they considered it. “Ever since the May meeting when Laurie Stahlecker came to the CHEDA Board open forum to ask if the CVB can come under CHEDA, the board took that under advisement,” said Hoiseth. “The board said we’re willing if that’s what the Council wants. Tonight, it appears like the Council took action to move that toward CHEDA, and if that’s the case, our board will pick it up and go through the pros and cons of that. Certainly, we want to help the community in any way we can, and if housing the CVB is one of those ways, the board will be for that.”

After the meeting, Weasner said she hadn’t brought back up the creation of a temporary CVB Board to the City Council yet because it was behind other priorities she had such as the city audit, 2021 budgeting, 2020 elections, and the search for a city administrator. “The reason that hasn’t really happened so far is partially my fault because of a timing issue that has been a lower priority for me,” said Weasner. “Between the audit, budget, elections, and the city administrator search, I have not had an opportunity to move forward and tell everybody that we should probably do this. I have received phone calls regarding things that wanted to be done, and what was requested at that time was not able to be done. I’ve not moved forward with doing anything else with the CVB at this point in time. Unfortunately, it has been a low priority. There are other things still on the bottom of the list also. It can very well be done with the city because that is what the goal was to do in the interim through this whole process.”

Stahlecker told the committee the hotels would meet Tuesday to discuss the option of a city created temporary board or continuing with working toward a temporary board with CHEDA.

CITY ADMINISTRATOR
The committee also had a closed session to discuss negotiations and an initial offer to selected candidate Amy Finch. When the committee reconvened in open session, an additional motion was made and unanimously approved to extend Weasner’s temporary 15 percent pay increase through December 31 because the city would rely on her to get the new City Administrator up to speed. “I think it’s a good move,” said Stainbrook. “Angel has been kind of the Rock of Gibraltar here for the last few months. There is going to be a transition period with Amy coming in, and they’ll be working closely together to know the ropes. So, I made the recommendation to leave Angel with her existing salary plus the 15 percent she’s been getting on top of that at least until December 31, depending on when Amy starts. Angel’s got a lot of information and knowledge, and I think the Council agreed to keep moving forward with what we’re paying Angel now as interim city administrator.” 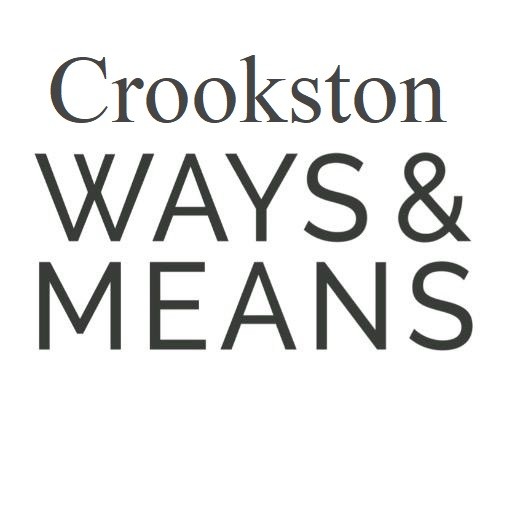