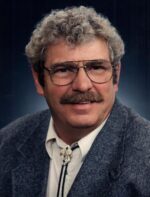 Bob was born on May 14, 1945, in Cando, ND, the son of the late George and Mina (Richardson) Durbin.  He was raised in Cando and attended local schools.  At the age of 13, Bob ventured out on his own working at various farm jobs, and at the age of 16, he went to work drilling oil rigs and procuring soil samples.  He worked in Nevada, California, and on the Minute Man ICBM Missile Sites in North Dakota.  It was when he returned to North Dakota that Bob met his first wife, Joan Altringer.  They had 2 children, Scott and Sheila.  Bob then worked for many years as a diesel mechanic.  In 1973 the family moved to Crookston, MN, where Bob taught a diesel mechanic course at the University of Minnesota in Crookston.  In 1980, he left UMC and purchased Regional Sanitation.  He was an owner-operator for 36 years and his son Scott became a partner with him in 1997.  He retired completely in 2016.  Bob married his current wife, Carol (Gust) Riske in 1997 and they moved to Maple Lake, MN, in 1998.

Bob loved to garden, cook, and go fishing.  He would spend hours outside bird watching and cruising on the lake.  He also enjoyed putting on cookouts and having family and friends over to visit.  When he was not hosting, Bob liked to get together with his friends at the VFW or American Legion in Crookston.

He is well-loved and will be forever missed.

A celebration of life for Bob will be held at 1:00 pm on Tuesday, September 29, 2020, at Stenshoel-Houske Funeral Home in Crookston, MN, with time for visitation one hour before.  Due to restrictions concerning the Covid-19 Pandemic attendance at the Memorial Service will be limited to 75 people.  However, the service will be live-streamed on Bob’s memorial page on the Stenshoel- Houske funeral home website.  The inurnment will take place at 11:00 am on Wednesday, September 30, 2020, at Resurrection Cemetery in East Grand Forks, MN.  Attendance there will be limited to 250 people.