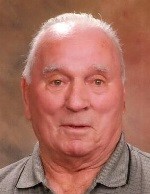 five children of the union of Henry and Suzie (Diedrich) Zammert. The family moved from Warren to a farm in Euclid township in 1941. Robert was baptized and confirmed in the Catholic faith and received his early years of education at the Euclid School. He would later attend high school at the Northwest School of Agriculture in Crookston, graduating with the Class of 1956. The Northwest School was the forerunner of what evolved to become the University of Minnesota-Crookston. In his younger years Robert was employed driving school bus for the Euclid school and the Crookston School District. He later worked as a welder for Arctic Cat in Thief River Falls, MN, as a warehouseman for the Potato House in East Grand Forks, MN, and for E.W. Wylie driving a loader among the various sugar-beet piling stations. On June 28, 1961 Robert was united in marriage to the love of his life, Carole Eleanor Peck, at St. Mary’s Catholic Church in Euclid. Through the next several years they lovingly welcomed their 4 children: Jacqueline “Jackie”, Bryan, Robert Jr. “Bobby”, and Anthony “Andy.” Incredible sadness would come with the passing of Bryan on May 15, 1984 and Bobby on May 7, 1986.

Robert farmed in partnership with his brother, Charles, for many years. He was very proud of being a farmer and ‘keeping his rows straight’ when seeding, because anything less was unacceptable. Love of the land was definitely in his genes. In 1994 Robert left farming and was employed by Nordic Fiberglass in Warren for a number of years after that.

Robert was a faithful member of St. Mary’s Catholic Church and the Men’s Club. His favorite pastimes included fishing and ice fishing, deer hunting, and bowling in leagues for several years. His passion was snowmobiling and he was in his glory when out on the trails with family and friends. Robert’s greatest joy was centered around his family and the lifetime of wonderful memories he and Carole made with each of their children and grandchildren. They are now comforted by knowing that he is in heaven with his sons.

Robert will be remembered with love by Carole, his soulmate of 59 years; their children, Jacqueline “Jackie” Zammert and special friend, John Lentsch, of Crookston, MN, and Anthony “Andy” Zammert and his wife, Sara, of Grand Forks, ND; 4 grandchildren: Daniel Fluge and wife, Tiffany, of Fargo, ND, Morgan Zammert of Fargo, and Alex Zammert and Max Zammert of Grand Forks; 2 brothers, Charles Zammert and wife, Dolores, and Raymond Zammert, of Crookston, MN; sister, Kathleen Miller and husband, George, of Bakersfield, CA; brother-in-law and sisters-in-law from Carole’s side of the family: Gayle Nice of Colorado Springs, CO, Robert and Susan Peck of Carver, MN, Mickie and Gary Rustad of Gold Canyon, AZ, and Candi Peck of Denver CO; a cousin, Robert “Bob” Dufault of Anaheim Hills, CA; and many nieces, nephews, extended family, and their special friends in the Fountain Vista Drive Home Owners’ Association. In addition to his boys, Bryan and Robert Jr,. he was preceded in death by his parents, Henry and Suzie Zammert; sister and brother-in-law, Rosemarie and Richard Bongean; parents-in-law, Karl and Eleanor Peck; and brothers-in-law and sisters-in-law: John and Dolly Peck, Richard Peck, Millicent and Emery Gendron, and Irene and Stanley Teal. Blessed be the memory of Robert Conrad Zammert.

Due to COVID-19 restrictions a memorial service for Robert Zammert will be held at a later date and that information will be released when it becomes known. The Stenshoel-Houske Funeral Home is assisting with funeral arrangements.