The revelation came during the association’s testimony before an administrative law judge on the need and reasonableness of the proposed California Car rule.

“MPCA’s analysis is unreasonable because it is based on faulty data,” stated MADA Vice President of Public Affairs Amber Backhaus.

“The MPCA points to a lack of electric vehicles (EVs) for sale in the state as a reason for the agency to use its regulatory authority to adopt ZEV,” Backhaus explained. “However, the MPCA vastly undercounts the EV supply by pulling data from cars.com. Cars.com is NOT an aggregator of vehicle supply; it’s a third-party advertising platform.”

Backhaus went on to inform the administrative law judge that, “MADA’s own analysis of EV supply, pulled from manufacturer websites on a variety of dates, shows at least twice as many EVs on dealer lots in Minnesota as what was listed on cars.com.”

“For over a year now the MPCA has been claiming a lack of availability of EVs as the reason they need the California Rule,” stated MADA President Scott Lambert. “We don’t know if it was deliberate or sloppy work, but they have misled the public, policymakers, and even Governor Walz and should be held accountable for their actions.”

In her testimony, Backhaus asked the administrative law judge to pause the rulemaking while the Biden Administration pursues more stringent vehicle emissions standards and California updates its rules to phase-out the sale of vehicles with internal combustion engines by 2035.

“The MPCA’s numbers in the SONAR about EV availability are woefully inaccurate,” concluded Backhaus. 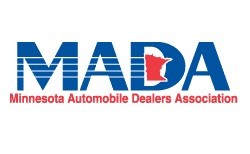