During the City Council meeting on Monday night, Mayor Dale Stainbrook proclaimed March 8-16 as Support Our Troops week in Crookston to recognize the soldiers of Company B from the Crookston Armory that are among the Minnesota National Guard troops being deployed this year.

Bill Cassavant and John Erickson accepted the proclamation on behalf of the Beyond the Yellow Ribbon organization, and Erickson shared some information about the projects the group works on. “We consider ourselves an information and education conduit for military members which includes the active person, their spouse, and extended family,” said Erickson. “And also, to our community. We do education programs in the schools. We’ve been welcomed there greatly and I love the response we get from the students. We partner with the Ox Cart Days Committee and UMC which is when (Ox Cart Days) we held our annual veteran’s recognition ceremony, which unfortunately was canceled last year due to COVID. So, a big thank you to the City of Crookston and the community as a whole for always stepping up to support our military and their families.”

The City Council also heard a presentation on the Respect Minnesota initiative from Crookston native Chris Tiedemann and Respect Minnesota Outreach Director Kathy Ross. The City Council had previously passed a resolution (here) in support of Respect Minnesota, but there are several new councilmembers since then, so the organization, whose initial focus is treating others with respect whether you agree or disagree with them during the Line 3 pipeline project, wanted to share its message again said, Tiedemann. “The Council passed a Respect Minnesota pledge about a year and a half ago, pre-COVID,” said Tiedemann. “It really is a foundational pledge that we’re going to treat each other right during major construction projects and other big investments in Minnesota.”

Tiedemann said the goal is to carry Respect Minnesota beyond the completion of the pipeline to combat the toxicity that has become prevalent between disagreeing parties over the past few years. “What I think people have seen is that things have gotten toxic in our conversations,” said Tiedemann. “Whether it’s big projects or in politics generally. I think people just recognize that we want to be respectful and have a more positive conversation going forward.”

Following the passing of the consent agenda, the Council approved the variance request for the Ag Innovation Campus recommended by the Planning Commission (here). The three-part variance request is for a 120-foot variance for a malting elevator, a 90-foot variance for other elevators, and a 60-foot variance for the main building. The elevators would be located behind (to the east) of the main building which will face Highway 75. City Administrator Amy Finch said that in locating the taller structures behind the building the Ag Innovation Campus is being mindful of how the campus appears from the road. “It is in line with some of the other businesses and buildings in that area,” said Finch. “They are being mindful of the aesthetics and the other property owners behind them.”

The Council also approved a request from 16 of the 21 homeowners affected by the project for a rollover curb rather than a standard curb on Stephens Drive during reconstruction. It was noted by Councilman Tom Vedbraaten that Stephens Drive has already had a rollover curb for many years and Public Works Director Pat Kelly explained the difference between that and the standard six-inch curb that’s usually installed. “Typically, we put in what they call a B6-18,” said Kelly. “It’s the high back six-inch curb with the driveways cut in. Like on Golf Terrace for example when we redid that in 2010 or something, they wanted to keep the rollover curb. The citizen on Stephens Drive would like to keep that too. It’s not a problem getting that into the plans and moving forward with it.”

The final items of the night were approving the purchase of a Ranger UTV and bleachers for the Parks and Recreation Department as approved in both the Capital and Final Budgets for 2021. Councilman Tom Vedbraaten asked if the City Council would need to buy insurance in case they had trouble with the sprayer and killed someone’s lawn or garden. Park and Recreation Supervisor Scott Butt said the staff wouldn’t be spraying in high winds and also that they’d be able to use the Ranger for other tasks during those times. 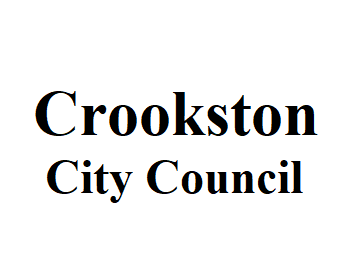