Katherine “Kay” Huotari, Ada, MN, passed away on Sunday, July 4, 2021, under the care of her family and Hospice at Benedictine Care Community in Ada. She was only 105 years old. 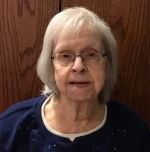 cond youngest of 12 children. Life on the farm was full of work and fun. There were several barn dances and the laundry was endless. Growing up in such a large family they all still managed to make it a priority to remain close throughout life.

Kay had two children. She married Ellsworth Rost and had a son, Glenn Rost. She later divorced and married Mel Huotari and had a daughter, Shelly (Huotari) Grossman.

Kay was a free spirit and enjoyed life up until the very last moments. She loved to spend time at the lake with family and getting dressed to the nines to go out dancing. Those who knew Kay knew she was a hoot, the life of the party, and stubborn as they come.

In 2011, Kay entered the Benedictine Care Community in Ada. She was joined by her sister Helen just a short time later in 2012. They were two peas in a pod. They roomed together for eight years up until Helen’s passing in 2020. They fought like sisters up until the end just like siblings do. They were known for their shenanigans and were loved by the staff.

She was preceded in death by her parents; 10 sisters; 2 brothers; and daughter, Shelly Grossman.

Please view our guestbook and share condolences online at www.fredriksonfh.com