Roland Bentley, age 74, of Twin Valley, MN passed away on Sunday, July 4, 2021, in his home surrounded by family and under the care of Hospice. 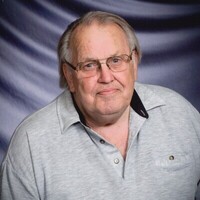 Roland LeRoy Bentley was born March 31, 1947, in Crookston, MN to Ervin and Theadora (Thompson) Bentley.  He was baptized and confirmed in the Lutheran faith.  He was a member of the Gary Lutheran Church and currently a member of Zion Lutheran Church, Twin Valley.  He attended school in Twin Valley, Crookston, and graduated from Gary High School in 1965 with honors.  He was a true “Bulldog” participating in all sports. After graduation, he moved to Crookston and worked for JE Schraeder for one year.  In June 1966, he moved back to Gary and spent the rest of his working years in the cooperative system, as manager of the Gary Creamery, Rindal Creamery, Gary Ag Service, Gary Cenex, Farmer’s Union Oil Co. of Twin Valley/Mahnomen, and office manager at Community Co-ops in Lake Park, MN.  During his time with Farmers Union, he was instrumental in forming Triangle Agronomy Services with Ulen and Lake Park. He served as secretary of the board.  He also served on the board at Centrol.

Roland played rhythm guitar and was the lead singer of a country band named “Driftwood”, along with other band members; Mike Strommen, Bob Strommen, and Jack Plattner.  They entertained many people for nearly 15 years. In May 1976, Roland married Marcella Sather of Ulen, MN in a small family ceremony at Zion Lutheran.  Roland’s cousin, Pastor Ronald Otterson, officiated the ceremony.  They raised four children, Dale (Roland’s) Kris (Marcella’s) (adopted by Roland), Angela, and Rick.  During their life together, Roland and Marce enjoyed canoeing, flea markets, 4-wheeling, horse races in Winnipeg, campfires, and traveling.  Their favorite places were Medora, the Black Hills, Duluth, and the Apostle Islands. His last years were spent gardening, lawn work, and riding ATV at their home east of Twin Valley.  He also enjoyed reading, jigsaw puzzles, sudoku, and playing cards.