Shirley Elizabeth Solhaug was born on December 17, 1939, at the Nikolai Nelson farm to Roy and Lily (Nelson) Dybing. Shirley was baptized and confirmed in Bethany Lutheran Church, rural Shelly, Minnesota. Shirley attended Lincoln School District #83 in Good Hope Township and in 1951 when the Dybing family moved to Shelly, Shirley continued her education and graduated from Climax High School in 1957. 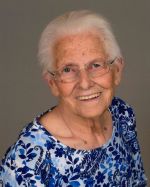 Shirley enjoyed outdoor work and spent her time helping on the Dybing farm where she learned to drive tractors and vehicles at an early age. Shirley worked for Hoies on the farm and helped with beet harvesting at the Malme’s, Brohaugh’s, and Skavdahl’s. She also helped her parents at the Dybing Hartz Store. In 1962, Shirley was hired by Eddie Engelstad as a bookkeeper at the State Bank of Shelly. Shirley continued to work at the bank until her retirement in December of 1995.

Shirley was united in marriage to George T. Solhaug on July 11, 1964. George and Shirley made their home in Anthony Township until 1973 when they moved to Shelly. George passed away on June 17, 1994. Shirley would continue to make her home in Shelly. Shirley was a member of the Bethany Lutheran Church and served as a treasurer of the WELCA, and on the church memorial fund. She was also an active member of the Shelly Senior Citizens. Shirley found pleasure in playing cards, bingo, casinos, attending sporting and school events, and visiting with family and friends.

She is preceded in death by her husband, George; granddaughter, Stephanie; parents, Roy and Lily; brother, Russ; and sister, Janet.

Please view our guestbook and share condolences online at www.fredriksonfh.com