The Crookston School Board held a special meeting on Thursday night inside the Crookston High School to discuss two items.

ECFE will not be affected by this decision as their operations will not be impacted and they will still have $30,000 left in their fund to operate.

By doing this, the school board will have more options with how they can utilize the money. One potential option with utilizing the funds will be to use them towards some school construction projects in the future. The board had four options in front of them. They could’ve not transferred the funds; they could’ve transferred $150,000, 175,000, or $200,000. After some discussion, the board voted unanimously on the fourth option to transfer $200,000 from the Early Childhood Education Fund to the General Fund. It will now need approval from the Commissioner of the MDE before the funds can be transferred.

Olson talked more about the timeline of being approved for the transfer by the MDE. “We will submit an application for approval within the coming weeks before our audit is finalized,” said Olson. “Once we do that, I have no idea how long it will take for the MDE to get back to us. I would anticipate though that it would be very timely.”

The board couldn’t reach a decision and tabled the matter until their official board meeting on Monday, October 25. This allows the school board members to learn more about each option and the specifics on how it will impact the taxpayers.

That board meeting on October 25 will begin at 5:00 p.m., and the public is welcomed to attend. 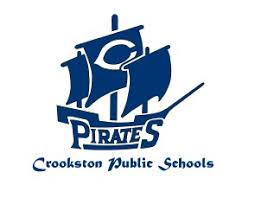