The official dedication will occur at halftime of the 6 p.m. men’s basketball game against NSIC foe Bemidji State University. Senske and his family will be present, including current Bemidji State player Steele Senske, Jr., who is a junior for the Beavers. A social will be held starting at 5 p.m. at the Evergreen Grill on the UMN Crookston campus. All alumni of UMN Crookston who return to attend Tuesday’s events will receive free admission to the game against the Beavers. Alumni will need to provide their name and year of graduation to obtain entry.

Senske is the longest-standing coach to ever coach at Minnesota Crookston and has the most successful record in the program’s history. He amassed 176 wins as head coach of the Trojans and Golden Eagle men’s basketball squads from 1981-2002. Senske coached the team at three different levels, as he began when the team competed in the NJCAA, coached the squad through their transition as a four-year school in the NAIA, and again during a transition to NCAA Division II in 1999. Senske’s passion for the University of Minnesota Crookston was exemplary as he recruited numerous student-athletes to the campus in his 21 years representing the campus. His presence was very noticeable not only in the region, but also state-wide with coaches, recruits, parents and friends of the University. Senske’s overwhelming success was evident with his 61 percent win-loss percentage that included 12-consecutive winning seasons, a division championships, four division runners-up, a State Championship, and a Region XIII runner-up finish.

The Lysaker Gymnasium floor was redone prior to the 2020-21 season and now has Gary Senske Court etched on the south sideline of the floor. The official dedication was postponed to this season due to the COVID-19 pandemic. 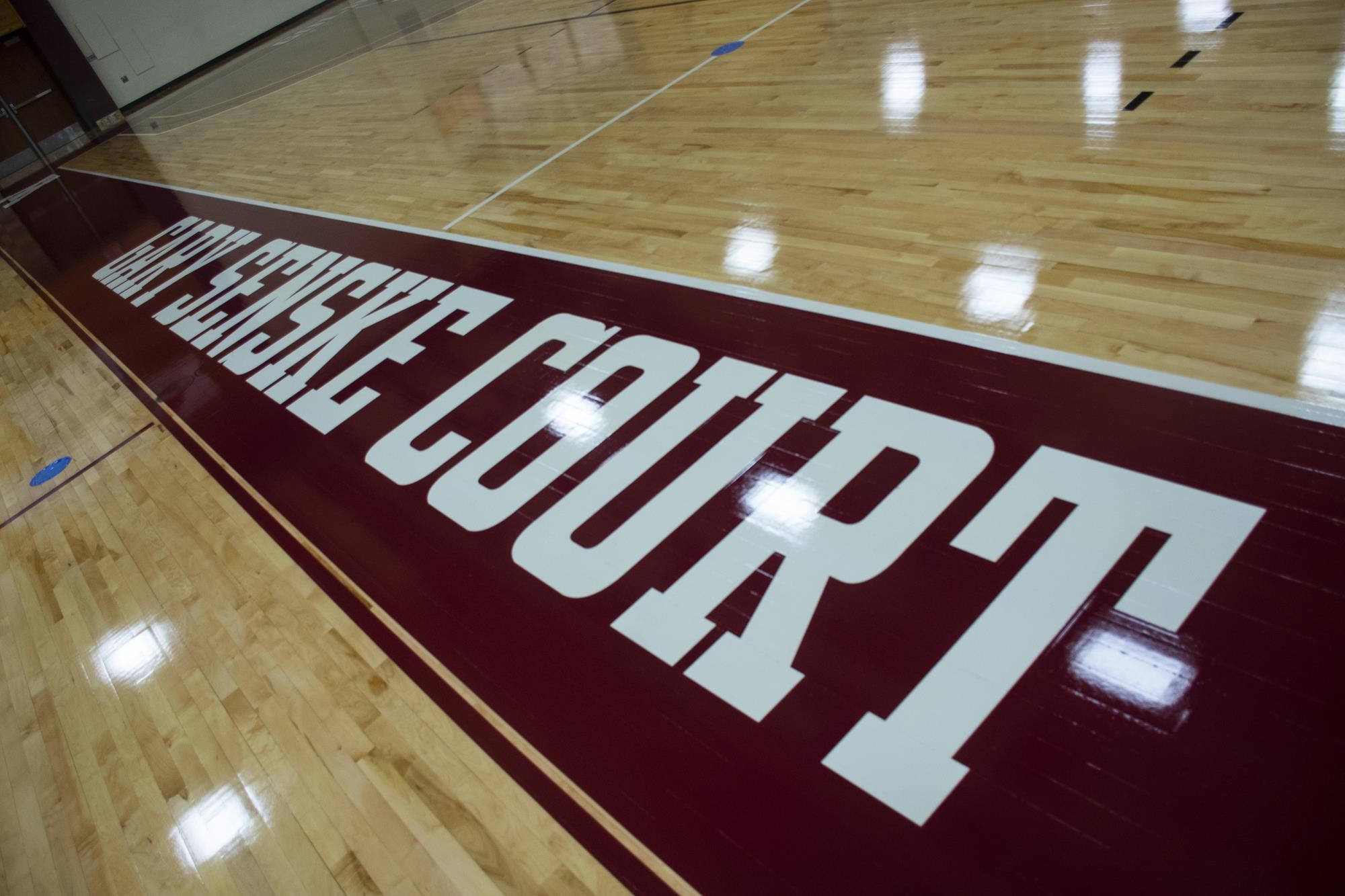