The Crookston Visitors Bureau (CVB) met on Thursday morning inside the Crookston Inn for their Annual Meeting. The meeting began with the introduction of Cathy LaJesse as the new CVB Tourism Coordinator. LaJesse was not present and joined the meeting over the phone to discuss what items she still needs for her job. The only thing LaJesse is requesting is a printer, all her other needs for the Tourism Coordinator position have been filled.

The board then voted for the election of officers, and the following individuals will serve for the CVB in 2022.

Dallager will be replacing Nell DeBoer as the CVB Chair this upcoming year, and he said he’s excited to serve the CVB. “It’s going to be something new for me,” said Dallager. “It’s my first time serving as a Chair on the board, but the goal will remain the same, and that’s to get activities going in Crookston and get heads on beds. We have a good board together and lots of good ideas coming forward for the new year.”

The last item on the Annual Meeting was an update on the CVB’s annual report to the City Council presented by Dallager. Dallager gave a rundown of what was presented. “We did a lot of stuff this last year, so we just wanted to present that to City Council and make them aware of what has been happening,” said Dallager. “We hired a new Tourism Coordinator who will help organize things because we do have a lot going on, and we’re trying to be active and out in the community making things happen.”

After the Annual Meeting was closed, the board held their January monthly meeting. The monthly meeting began with the approval of the December 9 meeting minutes, which the board approved unanimously. The board then received an update on the Treasurer’s Report from Jess Bengtson and approved the report unanimously.

The next item on the agenda was an update from Cathy LaJesse for what plans she has for the Crookston Blue Line Club to help bring in overnight stays. Due to a few unforeseen circumstances, LaJesse has not met with Crookston Blue Line Club Executive Director Kristy Swanson. LaJesse plans to have a meeting lined up with Swanson before the next CVB meeting takes place and will provide a report and update at that time.

Following that, the board heard about a Marketing Tourism Grant approved for the CVB in the amount of $5,000. CVB Treasurer Jess Bengtson noted to the board that most of the money would be used for changes that need to be made on the new Visitor Guides in 2022.

Bobby Baird was also in attendance for the meeting and updated the board on the timeline of events for Ice Buster Daze on February 11-12. “Will be having an indoor Ice Fishing tournament on Friday night at the Crookston Inn for all the young kids,” said Baird. “That will run from 5-7:30 p.m., and it’s $20 for a ticket, but there will be meals and prizes thanks to KROX, and there will be other activities for kids to do. The other big event will be on Saturday from 1:00-4:00 p.m. down on the river near Central Park, and that’s where we will have our Ice Fishing Tournament. It will be $25 for two holes, and registration will open at 11:00 a.m. That will also include supper at the Crookston Inn on Saturday night from 5:30-7:30 p.m.”

The event will also include a comedian at the Crookston Inn on Friday night and a free-will offering breakfast on Saturday morning, beginning at 8:00 a.m. at the Masonic Lodge. All the money raised from the breakfast will go to local charities and youth programs.

The meeting ended with viewing the What Brings You to Crookston Campaign numbers. The board did not have the exact numbers for the past month but stays included Construction, Funerals, a few long-term stays, and a couple of temporary housing stays.

The next CVB Meeting will take place in February. 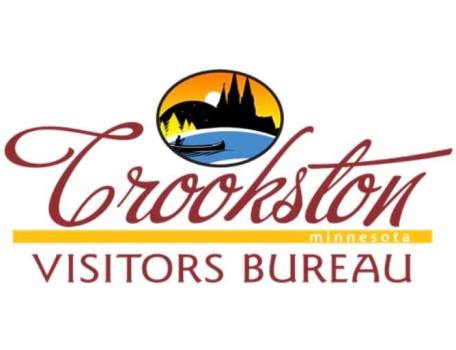