“I am very happy to add Tim to our coaching staff,” said Head Coach Bryan Beamish. “Tim has a great passion for coaching basketball, is a tireless recruiter, and being an alum of Minnesota Crookston this is an excellent fit. It’s crazy to think eight years ago when I first started working here, I was coaching Tim during his senior year. He excels at player development and creating honest, strong relationships, which is very valuable when putting together a team of student-athletes that will excel both on and off the court. We are excited to get to work and continue to build this program.”

Lubke will help in recruiting, scouting opponents in-game coaching, and player workouts, as well as other administrative duties within the program.

“I’m excited for the opportunity to be able to work with Coach Beamish and stay with my alma mater,” Lubke stated. “It’s an honor to be a top assistant in one of the best leagues in Division II.”

During his career as a Golden Eagle, Lubke amassed 450 points. As a senior during the 2014-15 season, he averaged six points and two rebounds per game. Lubke was an 88.0 percent free throw shooter his senior season and shot 34.4 percent from beyond the arc. Against St. Cloud State his senior year, Lubke tallied 17 points, including going 5-of-7 from beyond the arc. For his career, Lubke was a 37.7 percent three-point shooter and a 78.8 percent free throw shooter.

He is a native of St. Paul, Minn., and graduated from the University of Minnesota Crookston in 2022 with a Bachelor of Science degree in sport and recreation management. 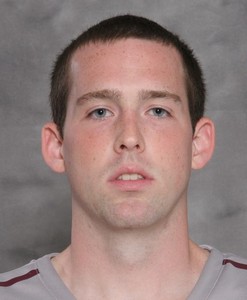