The Polk County Board of Commissioners met inside the Polk County Government Center on Tuesday morning, where they heard from County Engineer Richard Sanders, who brought two requests forward to the board.

Sanders first requested the board approve a maintenance request by the Polar Beach Snowmobile Club to install 60 feet of a 36” culvert for a snowmobile field crossing in Section 6 on County Ditch 92 in Sletten Township. “The snowmobile club, The Polar Beach Snowmobile Club, from Fosston and McIntosh, is requesting to put in a field crossing through our County Ditch 92 so that their groomer can get across the ditch more efficiently to groom their trail,” Sanders explained. “The county board approved that maintenance request today. The snowmobile club will be installing the approach and culvert at their cost, and then after that, the County Ditch System will be maintaining that crossing from that point on.”

The other item Sanders came forward with was a Certificate of Performance/Final Acceptance for Knife River Materials, as they have finished the work on County Road 57. “Last year, we reconstructed our County Road 57 from CSAH 13 to the Red Lake County line, and then Red Lake County’s CSAH 17 from the county line to their county road, north of there,” Sanders explained. “It was all part of a contract that Polk County administered, so today I came in with the final vouchers, and the board approved paying the final voucher to Knife River Materials for that contract.”

Sanders asked the board to sign the final contract, which amounted to a total of $1,316,787.43, which Sanders revealed was about $80,549.18 lower than the original amount of $1,397,336.61. “Typically, with paving, you pay incentives for density and other stuff, and your contracts usually come in higher than the original contract,” Sanders explained. “But with this one, because it had grading involved and different things like pipes, the contract came in about $80,000 less than what was bid, which was a good surprise for us.”

The board approved both motions unanimously.

The next meeting will take place on Tuesday, July 19, at 9:30 a.m. in the Polk County Government Center. 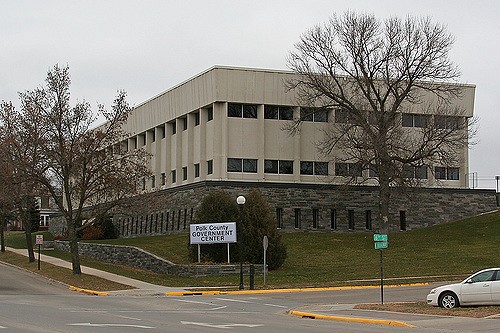