CROOKSTON SCHOOL BOARD FILINGS – (There are three openings for Crookston School Board. Up for election is Patty Dillabough, Adrianne Winger, and Tim Dufault.)

To file for one of the Commissioner seats, you must register as a write-in candidacy to the Polk County Government Center at 612 N Broadway STE 207, Crookston, MN 56716. You can file through Thursday, November 3.

KROX will update the filings every Monday through Friday around 4:30 p.m. through August 16. 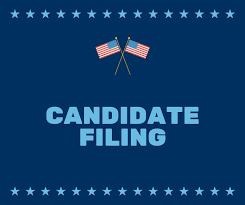