The University of Minnesota Crookston athletic department announced the hiring of Bret Cariveau as interim assistant volleyball coach. Cariveau joins the Golden Eagles after spending the past three years running PU5H VBC, a volleyball club he founded in Western Kentucky. 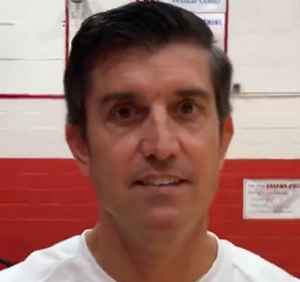 “We are very excited to add Bret to our volleyball coaching staff,” said Interim Head Coach Nick Meseck. “While interviewing Bret, it was clear that his coaching style and knowledge will be a great asset to the team and University. I am looking forward to working with him and seeing the Golden Eagle Volleyball program continue to grow on and off the court.”

Prior to starting PU5H VBC, he was an assistant coach for the 16-1 team at the Volleyball Academy of the Pennyrile Region. Cariveau previously was the head varsity and junior varsity coach at Graves County H.S. in Mayfield, Ky. In 2018, he helped Graves County H.S. to a 30-9 mark, their best single-season record in school history. The team won the District Championship in both 2018 and 2019. They were the Region runner-up, including making their first-ever regional appearance, in 2018 and 2019. Cariveau was named the Region Coach of the Year in 2018. In 2019, he aided Graves County H.S. to a 27-11 mark, while in 2020 they went 16-11. He helped coach Audrey Cariveau to Honorable Mention All-State accolades in 2020, and Second Team All-State recognition in 2020.

Cariveau played Division II basketball at the University of Missouri-St. Louis. He received his Master of Business Administration from Concordia University-St. Paul in 2012. Cariveau earned his bachelor’s degree in marketing and management from Missouri-St. Louis in 1999.